The Culprit and the Cure

The Culprit and the Cure 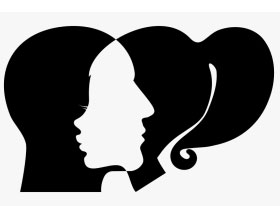 I’ve been dating for more than half my life and I must say, it’s still an exhausting enigma to me. It’s constantly changing, some would argue for the worse, yet somehow it’s managed to stay the same. One area that’s remained the same is the blame game.

Hurt people hurt people right? We’ve all heard that before, and I would venture to say that it’s true. Broken women hurt men and broken men hurt women. But, which came first? The broken men or the broken women?

There could be whole dissertations arguing each of those cases. But, can we consider that there is no one gender responsible for the issues of today’s dating culture? Could it be that we are asking the wrong questions? We seem to be so focused on who’s wrong that we are missing how we can make it right. I wonder what the dating culture would be like if we removed blame and took personal responsibility for each of our own actions.

What is love? An age-old question whose answer is not as elusive as we make it out to be. According to the first book of Corinthians, yes it says that love is patient and kind. But if you read a little further down in that scripture it also says that it does not keep a record of wrongs. But when we blame each other for what’s wrong we’re doing just that. And that’s not love, nor is it new.

This has been happening since the Garden of Eden when Adam blamed Eve and Eve blamed the serpent for the mess in which they found themselves. Neither of them took personal responsibility for their contribution to the matter at hand. Sounds familiar right?

Quite frequently I have conversations with single people of both genders, in all age groups, from never been married to divorced. One constant that I’ve heard is that dating is hard, and the why is mostly because of the opposite sex. Women don’t know what they want. Men don’t want to commit. Women are too independent. Men are not stepping up. Neither of them can be trusted.

By the way, none of these blanket statements are the truth. There are a lot of dope single men and women who could actually be really good together. But we’re having a hard time finding each other because many of us have convinced ourselves that the opposite sex is the problem.

I get it. These general conclusions are all coming from a place of experience, and thus a place of some type of hurt. We can’t stop people from getting hurt; that’s just what happens in an imperfect world. But what if we chose to stop perpetuating the vicious cycle of the blame game? What if every time we had a failed relationship or dating experience (outside of any type of abuse), we evaluated it independently of past failed experiences and from the lens of personal responsibility? What if we stopped adding up evidence to prove ourselves right and truly started operating from a clean slate every time we dated?

I admit I’m far from having all the right questions or answers when it comes to dating and relationships. As I stated earlier, much of it is still an enigma. I also don’t want to seem as if I’m trying to oversimplify a much more complex issue. But one thing I do know for sure is that as a culture, as a society, as a generation, we’re our own problem and solution when it comes to matters of love and relationships.

Our #1 priority is to help you live the abundant life we were all promised.