This past week I completed a five-day prayer challenge called “Pray for Your Future Spouse Challenge.” In the challenge-crazed day in which we live, it was refreshing to participate in an activity like this that actually had meaning and purpose to it. As a result, it was hands down the most spirit-rousing, meaningful challenge I’ve ever completed.

Literally, more than 200,000 people from around the world participated in this challenge, which was hosted by a dynamic couple named Jamal and Natasha Miller. Their ministry, which began nearly seven years ago when they became husband and wife, is teaching others how to do relationships God’s way in an effort to help reduce the divorce rate. What a noble mission!

Here’s why it was so powerful for me. I had ALMOST given up hope that there was a man of God out there for me. I told myself that dating in general in this day in age is hard enough as it is, but then here I am waiting for a Godly man. An emotionally, physically and spiritually mature man. Yeah that’s pretty much like waiting for a unicorn to show up at my front door.

But then this challenge happened…

I joined a Facebook community of people (which is as of this writing at more than 241,000 members) ranging in age from 18 to 68 who are all desiring, waiting on and praying for the same thing – a Godly spouse. And yes, there are thousands of single and saved men in this group. All desiring transformation in themselves and their relationships, and in serious pursuit of a Godly woman. Total perspective shifter and game changer.

The reality is, in my opinion, it’s still difficult to be single and saved – but not in the way I once thought. As a single and saved person, there’s a different criterion by which you measure your mate than the rest of the world. You are going against the grain in a very major way, so by default, that’s going to be challenging. But what I got in this community was that I am by no means alone in this struggle. The men are finding it challenging as well. I honestly thought it was mostly women who struggled with this. I was wrong.

I was talking to a male friend of mine after church this past Sunday and he said almost verbatim what I had uttered maybe a few weeks prior about the lack of available, Godly men our age, except he was talking about women. I literally said, “Are you serious? There are tons of available, Godly women out here.” But that was just it. We each had our own limited perspective blocking us from the truth. The problem isn’t with the number, because we really only need one to be the one. The challenge has been with our environment.

Once I put myself in an environment where I saw evidence of that which I thought didn’t exist (or at least was very limited), my perspective and ultimately, mindset shifted. And believe me, there were a whole host of other takeaways that I got out of the challenge as well. I won’t give away the content, because it’s just that good, but I will share one of my biggest revelations.

I had gotten caught up in our #goals-crazed society, specifically #marriagegoals. As an entrepreneur, I’ve got goals for days, but when it comes to me connecting with my husband, that doesn’t really work. There’s a lot of pressure that comes with goals. I’ve been so frustrated in the past because I’ve been trying to operate from my self-constructed timeline of being married and having a family by the age of 40. Let’s be honest here, it wasn’t just my timeline – society says I should have a family by this age as well. But God doesn’t work like that. He doesn’t operate based on my goals or society’s timeline. He has a plan and vision for my life, as He does for every person on this Earth. My job is to be intentional about pursuing my purpose, waiting for Him to reveal to me His vision for my life and letting Him unfold the plan in His time.

What I’ve come to know is that being Single and Saved is a sacred group. Even though I still have a desire to be a wife, I’ve become more at ease in my singleness because I believe that this season has purpose, just as my season as a wife will as well. If you’re single and saved I want you to be encouraged and know that this time of singleness has purpose for you as well. Embrace it and enjoy the journey of becoming a better you while you wait.

If you’re interested in learning more about the challenge and/or the couple who hosted the challenge, visit www.prayforyourfuturespouse.com. 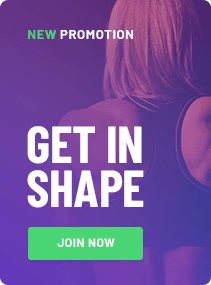