Singleness is Not a Disease

Singleness is Not a Disease

I’ve wrestled with writing on this subject for some time now. As I sit here on the eve of my 38th birthday, and Valentine’s Day for that matter, I thought it was finally time. It is not lost on me that I am in the (small or large, depending on how you look at the stats) demographic of women who have not been married by the age of 35. And this is not lost on me not because I am alarmed by this fact, rather because I’m constantly reminded of it and in some cases, meant to feel ashamed by it.

As I get older it seems social media, traditional media, advertising (online and offline), people’s questions around my love life are all competing for more attention on the subject of my singleness and how I should feel about it. So I figured I should write about it.
Before I go any further, let me say that I do have a desire to be married and have a family complete with children someday. And yes, that someday has a date that is further out than I expected. But I reject the idea that because that someday hasn’t yet happened for me, or the countless others who are single at or around my age, it means that something went wrong or even worse, something is wrong with me.
We should not have to remind each other that each of us has our own journey in life and not everyone is on the same timetable or has the same order of life’s milestones to which we should each adhere. Yet, I hear more often than I care to admit that dreaded question (or some derivative)… “Why are you still single?”

This question is so unfortunate, misguided and downright ignorant for so many reasons. But for the sake of time and space, I’ll only go into a couple.
I believe this question is unfortunate because I’ve seen the repercussions firsthand of couples rushing to the altar just so they don’t have to hear that question or to escape the title of “single” as they age. That may be an oversimplified reason, but the reality is a lot of people rush into marriage secretly because they feel like they are on a time clock they have to beat or else they won’t get their happily ever after. Or worse, because of fear of being judged or shamed by their family, friends or peers.
The harmful side effects of rushing are in some instances, people making a huge error in judgment regarding the person they marry, and in many cases, the couple is just simply  not properly prepared for marriage.
If I’ve learned anything from watching my loved ones go through divorce and ugly breakups, it is that marriage takes a lot of work and endurance, even for “happy couples.” It’s a beautiful institution, but it is not for the faint of heart, and if you’re not prepared for it, you run the risk of enduring very painful consequences. It’s not just something you hop into because it’s “that time”, you might as well because you love each other, or you’ve made it this far, might as well go all the way.
I believe it is also a misguided and ignorant question because as a follower of Christ, I believe purpose is a huge component to marriage. I believe that everyone has a purpose, or a God-given assignment they are to fulfill while on Earth. If you marry someone whose purpose is not complimentary to yours, you stand the risk of causing self-imposed strife and opposition within your marriage. Again, marriage is challenging enough as it is, why add the pressure of being unequally yoked? 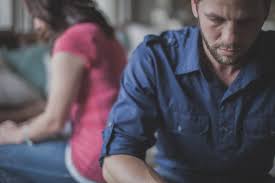 Therefore, if a single person is not yet clear on their purpose or assignment in the world, it’s probably best they aren’t married. And some singles may not like this but, their purpose may require them to remain single. A fact: some people are just simply not meant to marry. For others, marriage may work best later in life. In any of these cases, singleness is actually a good thing.
But unfortunately, our society often times looks at singleness as if it is something to escape or aspire to get away from, as if it is some type of disease. But for many it is actually a prescription for living a happier, peaceful and purpose-driven life, even if only for a season.
I follow a pastor and his wife online and they have a ministry called Redefined TV. In one of their webisodes a few months ago they covered the topic of “Why do you want to get married?” I encourage you to watch the entire episode, especially if you are single, but I want to highlight one of their points that was so profound and relevant to the message I’m sharing here. He said, “View your singleness as a passport not a prison. When you view your singleness as a prison, anyone who comes along is seen as a bail bond.” Just Wow.
If you are single, I want to encourage you during this season of singleness, as I’ve encouraged myself, to 1) explore your purpose, if you haven’t already and 2) view it as a passport and an opportunity to get to know and love yourself more deeply. I’ve heard from many married couples and experts that you have a happier and healthier marriage when each of you has a greater sense of self-awareness, self-love and self-respect.
And the next time you get that question about why you’re still single, just smile and say, “Because I’m working on a few more stamps in my passport.”