I’m really a novice when it comes to knowing and being a collector of visual art but I do appreciate and love the experience of witnessing it on display. So when one of my friends suggested we go to Art Basel (a wildly popular international art fair) for a girl’s trip, I was all in. I had heard of how amazing it was and that it was one of the most, if not the most, popular events in the Miami region so I knew I wanted to see for myself what all the hype was about.
First, it can be a bit overwhelming if you don’t have somewhat of a general strategy in place in terms of what you want to see and how much time you want to devote to it because there is A LOT to see and experience. We spent several hours at the main exhibit in the Miami Beach convention Center and I think we only scratched the surface of all there was to see. There are exhibits all around the area, but the majority of them were in South Beach thankfully because that is where we were staying and the traffic was horrendous. Recommendation, if you want to see the bulk of the art, stay somewhere in South Beach, not downtown Miami or the outskirts. Otherwise, you will spend most of your time stuck in traffic trying to get from place to place.
One of the unexpected bright moments of the weekend was visiting the M.U.C.E. (Miami Urban Contemporary Experience) Now or Neverland Urban Uproar’s Exhibit in Little Haiti. My friend had commented about her disappointment with not seeing much black art and just like that, a couple hours later, we found ourselves in a sea of striking pieces from black artists due to a slight misreading of the GPS on our way to a party two buildings down. The event was not promoted with the rest of the main Art Basel festivities so we literally would have missed it had we not gotten “lost.” Another recommendation, in addition to the listing of activities you may see on the official web site or newspaper reviews, check out social media for some additional options by searching #artbasel or #artbaselmiami hashtags.

This M.U.C.E. exhibit was by far the highlight for me of the weekend as far as the art was concerned. For me, it wasn’t just that the canvases had black faces on them, which many of them did. It was that the pieces here made more sense to me, even some of the more abstract pieces. Visual art is very subjective, as many art forms are, and I have to say many of the items on display in the main exhibit halls just didn’t make sense or seem like art to me. Many of the pieces quite frankly I felt I could have put together in 5 minutes and called it art myself. Again, I am no connoisseur and in an effort to not completely tear down other people’s work, I’ll just say that many of the pieces were not my cup of tea. Though we did have some fun with the pasta exhibit, which was absolutely crazy!

Next to the M.U.C.E. exhibit, the event at the Aqua Hotel was my next favorite. Art Basel took over the entire Aqua Hotel and turned it into an art exhibit. Literally all of the rooms in the hotel were rented out by artists and art gallery owners and converted into galleries to display and sell their art. I found these pieces to be some of the most amazing, thought-provoking, visually appealing works of art I’ve ever seen. One highlight was an artist who created the faces of famous people using their own words in speeches, songs and literature. Another artist created an entire line of art using brown and red packing tape. Then there was a combo painting and sculpture called “Who Am I?” that I literally could not take my eyes off of for about 5 minutes.

What I also appreciated about Art Basel was that much of the nightlife scene incorporated art as well. If you are someone who likes to party and enjoys the Miami nightlife scene, this weekend is definitely for you. Many of the events even offered complimentary adult beverages and passed hors d’oeuvres, which is a nice change of pace from the typical high priced food and beverage scene in the Miami area. There were so many parties and events happening, we found ourselves hopping from venue to venue just to try to get a taste of it all. And at each one, there was something visually appealing to see while you got your party on as well. 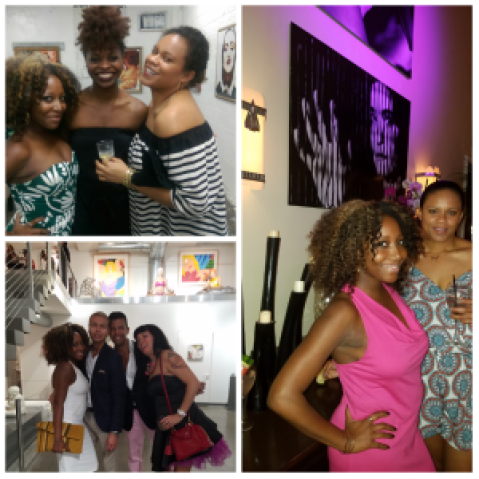 Overall, I give this weekend two thumbs up and I would definitely come back and bring others. If you are looking for something different to do in your travels, this can certainly be an option. Even if you aren’t a big art lover or connoisseur, I think the diversity of events offered provides a little something for everyone. If anything, you will definitely be entertained.

Some of my other favorite pieces 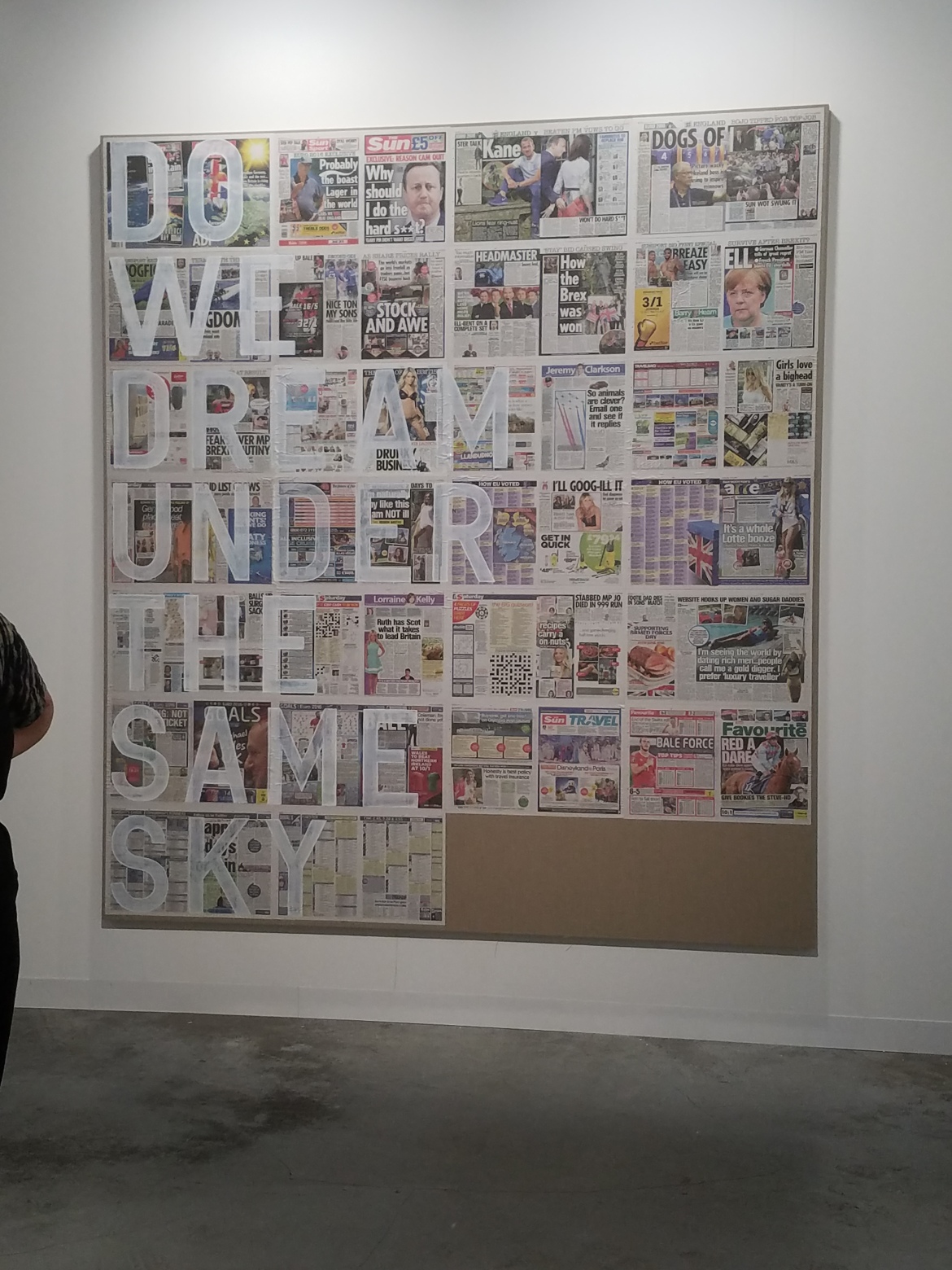 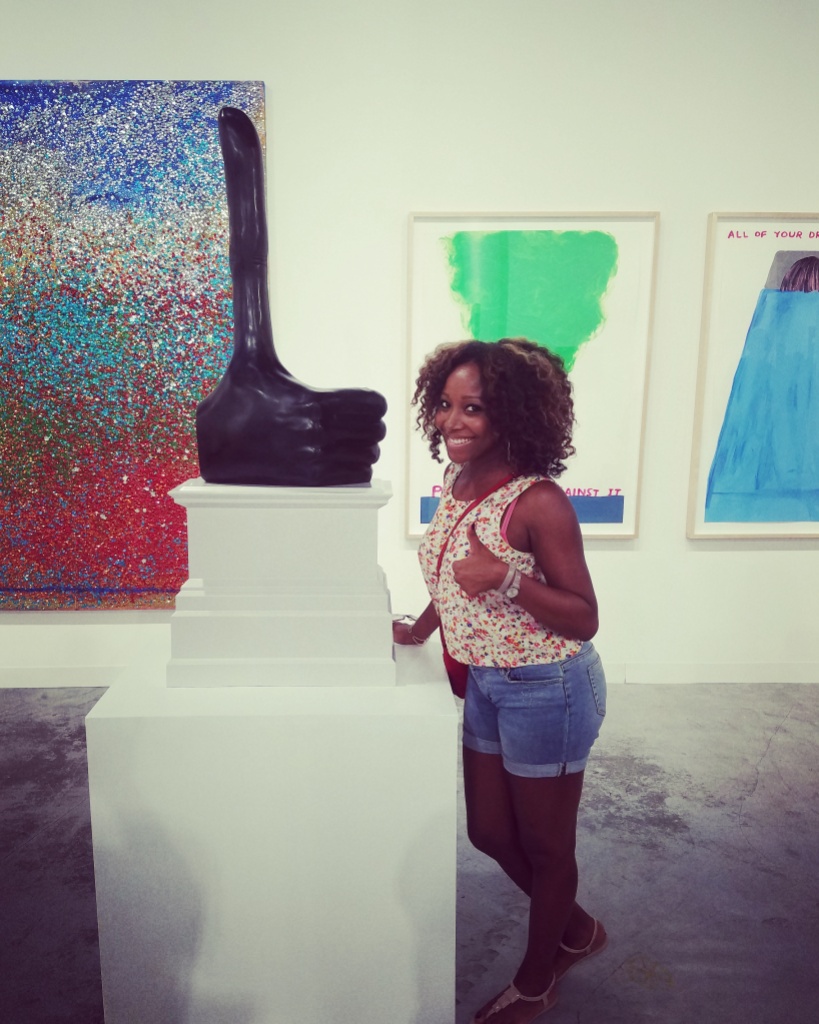