When Life Gives You Lemons

When Life Gives You Lemons

Have you ever met someone who makes you stop in your tracks? Someone so uplifting and inspiring you can’t take your eyes or ears off of them? That’s what I felt when I attended a women’s leadership brunch this weekend and I heard the words uttered from the stage, “My name is Mikaila Ulmer and I’m the owner and CEO of BeeSweet Lemonade.” Mikaila is eleven years old and as she so eloquently shared with a couple hundred of us in the room, she’s owned her business for more than half her life. If any of us 20 somethings and above in the room thought we were doing something, Mikaila quickly put us all to shame!
She and her story are impressive. If you haven’t heard of her or her company yet check her out. What was most impressive and stood out the most for me though was not the great successes she’s achieved in her seven years in business though there have been many; it’s about how she’s dealt with hardship, rejection and (perceived) failure. Unfortunately, those devastating hurdles are what take most entrepreneurs out of the game.  It prevents people in general from stepping outside of their comfort zone again after a failure and trying something unfamiliar. Not Mikaila, it has actually fueled her and her mission. She inspired us entrepreneurs, aspiring entrepreneurs and women leaders in business in the room to make lemonade out of those lemons we receive in life.
Mikaila talked about her high of receiving a $60,000 deal from one of the sharks on the popular ABC Show Shark Tank to take her already successful business, which was already selling products in such brand name stores as Whole Foods, to the next level. Shortly thereafter however, she received word that the name of her business, which she deemed perfect for her product, would have to be changed because it was too similar to an already existing business. While devastated at first, she brushed herself off and went into research mode to find another name for her business, which now she says captures perfectly the mission of her company in its title. With wisdom and poise beyond her years, she summed up a decision we all have to make when inevitably life will hand us something we didn’t plan or prepare for but can stand to make or break us nonetheless. She closed with this simple yet poignant poem she wrote about her experience:
“Don’t be discouraged by life’s little stings. Get back up and spread your wings. – Mikaila Ulmer” 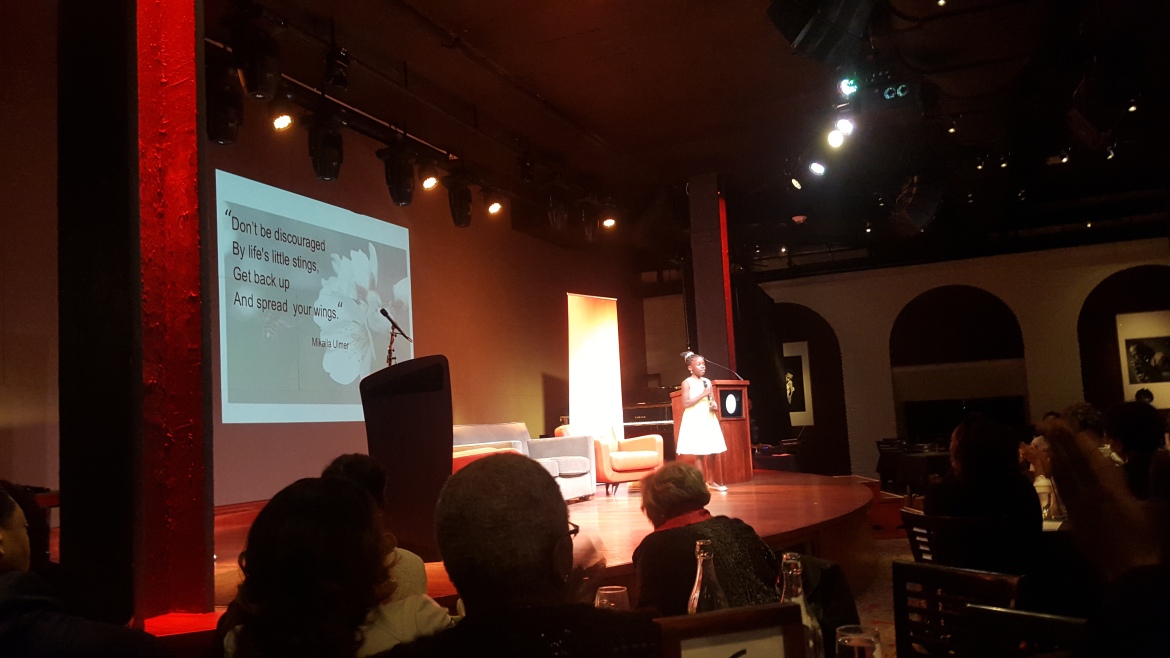